Revisiting places you are fascinated by or feel affinity with is a very special treat. We were lucky to had an opportunity to come back to Montserrat, British Overseas Territory nicknamed “the emerald isle of the Caribbean.” 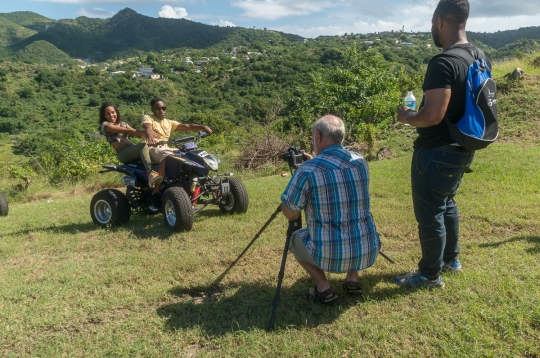 Life on this beautiful island was changed forever after series of volcanic eruptions on Soufriere Hills in the mid-1990s. Two-thirds of the island was destroyed including Plymouth -the capital town buried by a 40-feet thick layer of lava and volcanic debris. 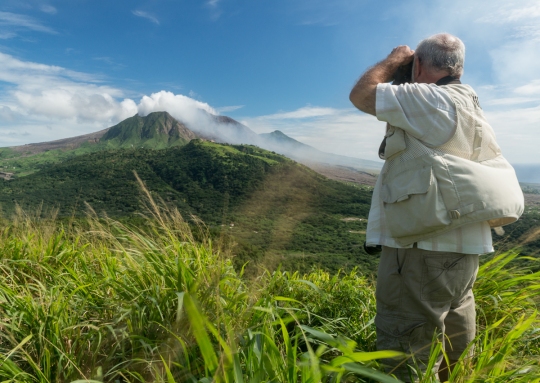 Nineteen people lost their lives, eight thousand were forced to leave the island. Today, the volcanic activity is closely monitored by the Montserrat Volcanic Observatory with state of art facilities. Life is concentrated in the “safe zone” up north, where a new capital town is been constructed, and a new airport and marina recently opened. 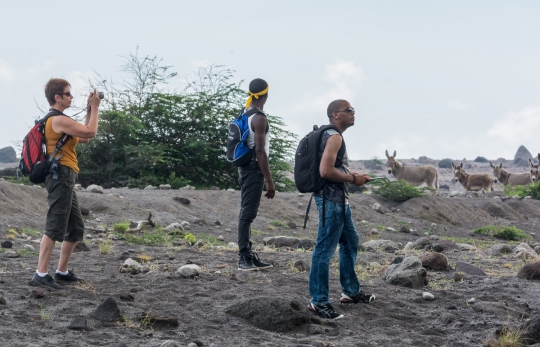 Government’s renewed focus is on bringing new visitors to the island, and we were part of a creative international team working on a new promotion of the island, photographing it’s top attractions. 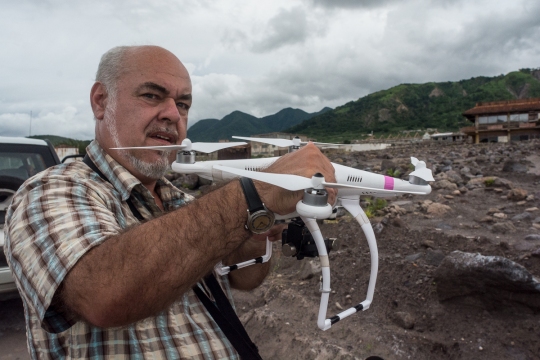 preparing our drone in the dreaded Volcano Exclusion Zone V 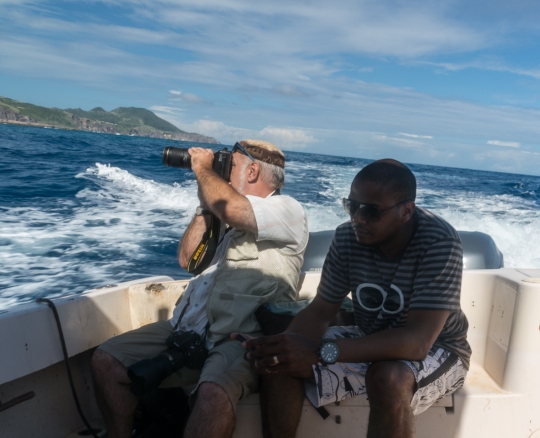 photographing volcano from a boat

Along with the crew from London and Barbados, we were travelling island up and down, day and sometimes night, photographing and filming many different places. We are not at liberty to show you “official” photos, because they soon will be used in a major international promotion. However, we can share with you some photos showing us in action. We hope these will also give you a glimpse of this fascinating place…. 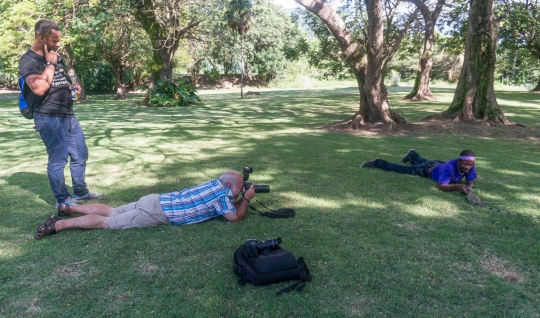 The island had changed a lot since our first visit 2 years ago. Perhaps the most striking difference for me was its lushness: some parts of the island which I remember as covered in ash are now filled with new vegetation. Boat tour around the island was a highlight of this trip for me: watching an awe inspiring, breathtaking scenery. As usually, we all worked long hours and hard …
We were able to get permission to enter the exclusion zone to photograph Plymouth, this time also using our drone which proved to be very helpful. You can read about previous our experience and see more photos in our earlier posts: 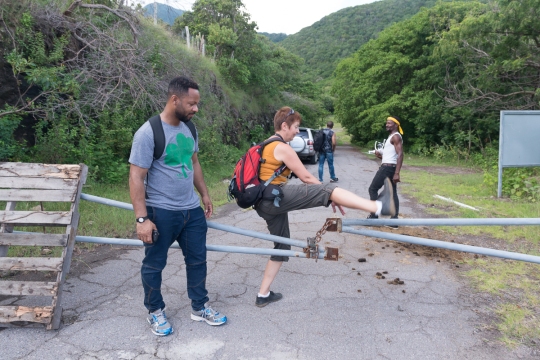 leaving the zone V for a safer ground…

We hope to be back in Montserrat for some more work, and would like to thank MDC, the Tourism Director, our amazing hosts and Montserrat Government, for having us in this brilliant international team. Not only it was a fascinating work, but we all became good friends. 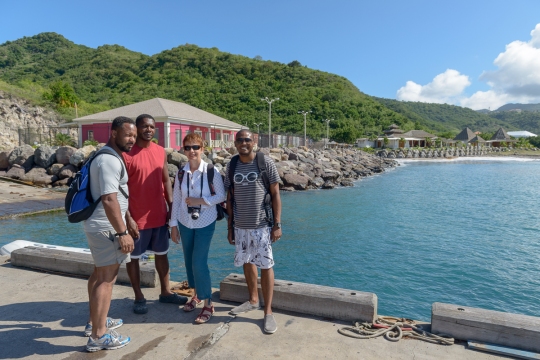 Margaret with our boatman after boat tour, along with Patrick and Mark from our creative team.