Just a short posting to share some good news: 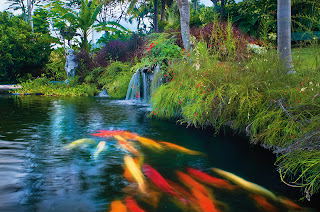 My photograph of Sunnyside garden pond, entered for IGPOTY (International Garden Photographer of the Year) competition organized in UK by the famous KEW Gardens, competing with a few thousands of other images from around the world has been just nominated in finals to be among  handful of “Highly Commended” photographs. The exact list of winners will be announced in May.

Here is information we just received:
Dear Derek, Congratulations.
Your photograph has got through to the very last round of judging and is now Highly Commended. Winners will be announced at the beginning of May. All of the photographs have been reviewed over a 10 week period by some of the leading garden photographers in the world, as well as representatives of Kew Gardens, the National Trust and the Royal Photographic Society.
You have taken part in the world’s premier garden photography event and competed against the best in the world, and to have won an award is a great achievement.

Highly Commended photographs will be shown on the International Garden Photographer of the Year website. Each highly commended photograph will feature in the book ‘International Garden Photographer of the Year Collection.
The exhibition will open at Royal Botanic Gardens, Kew on May 14th. There will be follow on exhibitions through to 2012 at Wakehurst Place, Lacock Abbey, Ironbridge, Shropshire, and Exeter.The book of awarded images will be published to coincide with the opening of the exhibition in May.
http://www.igpoty.com/competition04/Commended_GardenViews.asp?parent=commended

This photo was taken for our book Exotic Gardens of the Eastern Caribbean, so these of you who own the book can see it in large size on page 176.
I will keep you posted as soon as we know more. Thanks for visiting our blog!
Cheers! Until next time!
Derek

Lets see what’s behind us…

What’s new for us…